Wrightsville, PA is a beautiful spot along the Susquehanna River in York County.  It’s a place filled with families enjoying outdoor recreation along the water and the parks that dot the area.  Not far from this location is a portion of the Mason-Dixon trail where you can hike to your heart’s content and then grab an ice cream after.  Or, popcorn…trust me root beer flavored popcorn is the bomb-diggity, yo!

I have been feinting back and forth between purchasing either a kayak or a stand-up paddle board (SUP).  You would think living just minutes away from the river, I would have some sort of water craft, but there is a deciding factor:  DOGS.  My adventures never feel complete unless I have a canine companion, or two, by my side.  No, I am not canis lupus familiaris dependent…ok, maybe I am, but don’t judge me!  In order to decide what to buy, I asked a couple of friends if they were interested in joining me on Lake Clarke for a Sunday excursion. Emily, who owns a kayak, but has never tried an SUP, and Christina, who was also a SUP virgin.

We launched shortly after 12pm once we rented 2 SUPs and 1 kayak from Shank’s Mare Outfitters.  Emily and I had the SUPs and Christina basing her balance, or lack there of, on a previous aerial yoga adventure, opted for a sit-on-top kayak.  I have tried both water crafts before, and with input from my friends, I was hoping to wobble over to a definitive side of the ‘wishy-washy’ fence.  My SUP of choice was the Pau Hana Big EZ. This is a great SUP for beginners as the stability factor on it is amazing.  You may feel as if you’re standing still, as Emily had put it, but you’re giving up speed for stability.  There are lots of different types of SUPs, so make your choice on what you want to gain from being out on the water.  Want to cut through liquid like a great white?  Check out some of the racing SUPs out there.

Today, I just wanted to relax and ‘talk stories’ with my friends.  The fact that Lake Clarke can have quite the wake due to the motorized water crafts was also a factor.  If you fall off an SUP and can’t utilize some solid ground to get back on, you have to start at the tail end and hump it like you’re humping a whale.  At least this what I’m sure I look like when attempting to get back on.  😉

We traveled south on Lake Clarke towards Fishing Creek, which is a nice secluded and calm tributary. Shank’s Mare has SUP yoga classes in this area and it’s a great place to watch some of the duck families waddle and splash around.  I was really overjoyed when I had asked Christina if she wanted to try the SUP and she said ‘sure’.  As she was paddling around, I yelled out to her, “You look like an exper!”  No, that isn’t a typo…I didn’t get the whole word out before she fell off the SUP.  Oops, maybe I shouldn’t distract her next time. Luckily, we were in shallow enough water that she was able to climb back on without doing the Humpty Dance.

As we decided to head back, to my surprise, Christina wanted to ride the SUP back. There is a low bridge that we had to cross coming in and Emily and I, coming in ‘fun-size’ packages, didn’t have to worry.  Amazon-like Christina was going to be a sight!  How did she fair?  Did she have to get on her knees?!  Did she have to limbo?!!  Did she have to lie flat on the SUP and hope she wouldn’t get stuck?!?!?!  Eh, it was uneventful.  She crouched and made it through fine.

So, on the way back we compared notes and here is the gist of it:

Me:  I feel the SUP is more of a work out compared to kayaking.

Emily:  This would be really fun to take Carter (her son) out on.  He likes to run his hands through the water and we don’t have to worry about tipping the kayak so he can reach the water.

Christina:  *GASP* I could get an even tan and not have to flip onto my back side later because only the front of my legs get sun when I’m on a sit-on-top kayak!

Much love and Aloha,

Hi, thank you so much for taking the time to visit my blog! I hope you peruse my verbal vomit and are either moved by it or bored by it. Some reaction is better than none, right?!

If you're on Facebook, get added to Adventure Some Women. It's a group of adventuring women for adventurous women!

I would love to hear from you, so please leave comments on the blogs or contact me at:
mmpalepale@yahoo.com

You can also find me on http://www.bloglovin.com/ if that's your thing. :)

Much love and Aloha,
the clueless wanderer

Want to get outdoors, but don't feel like you know how? Want to adventure, but don't feel like you're prepared? @hikelikeawoman has opened registration for their online Outdoor School and I have a coupon code for you to use. Use code: HLAWOS5 to save $5.00 off the registration period from now until June 18th. Check out the link for more info: https://hikelikeawoman.net/product/outdoorschoolsession1/
New post up. Please check the link in my bio and please, please share this article with whomever you think may benefit from it. Thank you and God Bless. #eatingdisorderrecovery #thereishope #help #asknatalie
New blog post is up! This one highlights Day 1 of my first trip to Iceland. #adventuresomewomen #iceland #blogger #icelandichotdog #travel #adventure #feature
Latest blog post is up! Check it out and leave me your thoughts! 😉 #blogger #adventuresomewomen #philippines #tcwblogg #relationshipgoals
The gates to heaven are open. What's your number in line? #heavensgates #naüghtybutnice #blogger #staytuned
New Inspirational Women Series blog post! Thank you to @whitswilderness for taking the time to answer my questions. #outsidethebox #noboundaries #texas #texasgirl #whitswilderness #adventuresomewomen #adventure #feature #blogger #inspiration

Awarded by: Adventures of Fox in the Forest Jan 2017

Let me know what you think! 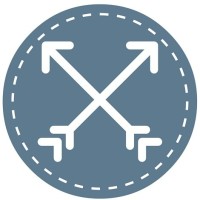 Courage at the Crossroads

Inspiration for mom's who ride

A blog about my spiritual journey in the Lord Jesus Christ.

My outdoor adventures in the Last Frontier